Skip to content
By Michelle Dunscombe
Local football clubs are great proponents of ABCD and they don’t know it.

Ever been a part of a footy club? You soon get to know who is the plumber, the accountant, the builder, the student etc. Clubs are adept at learning what skills and abilities players and members have to share. In Asset Based Community Development terms, they map their people assets.

Whilst they don’t do formal skills mapping, through their informal structure and social contact they are very adept at knowing who to call on when they need it. Whether it’s a club fundraiser, improvement to the local clubrooms or supporting a community event, football clubs are very skilled at mobilizing support. 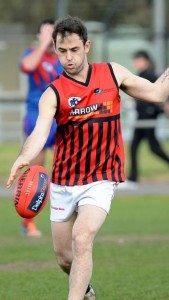 A recent study undertaken by Latrobe University researchers measured the social impact of a community sports club. The study engaged with more than 100 members of nine suburban and country Victorian AFL (Australian Football League) clubs.
Professor Russell Hoye noted in a recent ABC radio interview  “We found that for every dollar that the community and local governments invest in getting the club to actually operate, we found that they generated a $4.40 return in social value.” He noted “Just being involved with football requires you to engage pretty wholeheartedly in a club, so you do get to meet and form a lot of friendships through that association. So I think it’s a more powerful sort of social institution than going to work or church just because of pervasive nature, or sort of the intensity of the engagement – whether their partner passes away, a family tragedy, a loss of employment or some health issue or injury. That really hit home to the research team that these were really positive spaces for delivering that social support.”
I know of many examples where clubs have risen to community challenges and one that comes to mind is the Kinglake Football Netball Club raising over $100,000 to support local groups after the Black Saturday fires through mobilizing their networks. In addition, they led the way in supporting mental health in the community through hosting mental health first aid training sessions to increase the capacity of the community to identify and understand how to support locals coping with mental health illness. 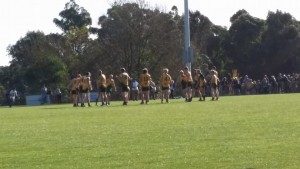 Certainly, the findings of the Latrobe University study were not news to me but a reinforcement that clubs are leaders in Asset Based Community Development (ABCD). Football clubs are good for the health of their communities – social, mental and physical. They are leaders in building community resilience.